We're Getting Mutants in the MCU - The Loop

The European version of Cartoon Network USA’s Powerhouse broadcast presentation package that was first introduced in the United Kingdom in late 1999 (and then rolled out across Europe and Africa) was different to the North American version (which was also rolled out across Latin America, Asia and Oceania). In both packages a singular colour background is predominately used, but the backgrounds in the North American version were slightly more detailed (showing the outline of the background and its props), however the unique feature of the European version is a use of a black square acting as a portal for cartoon characters to enter, leave or reenter, the black square is also often used a mischievous element in the show next bumpers, a black square could function as a ceiling hatch and drop an item on a cartoon character, or function as a trap door.

The black square can also move around the walls and ceiling of an invisible room. The black square also acts as a transition at the start and end of each bumpers. The black square represents one of the squares of Cartoon Network’s iconic Checkerboard logo, the squares motif were also used on Cartoon Network websites across Europe and Africa during the course of the rebrand package, most particularly, the bottom navigation section.[1] The original U.S. version of the Powerhouse rebrand (which were used in the North America, Latin America, Asia and Oceania) was developed by Primal Screen in Atlanta (Atlanta is also the location of Cartoon Network’s headquarters) while the European package (which were used in Europe and Africa) was developed by London, UK based broadcast/animation design house - AMGFX[2] which became The Hive Animation (now defunct).

However, Primal Screen did in fact adapt bumpers for the international market, some of which were used in Europe and Africa[3], the North American version also made its way to the Latin American, Asian and Oceania regions, but compared to the European version of the rebrand, they had a more complete implementation of the North American Powerhouse rebrand package.[4] The rebrand package was named after Raymond Scott's "Powerhouse" composition which was used a main presentation component of the package, however in the European version it was only used in Later/Next bumpers. The branding package also features a set of idents that didn’t feature cartoon characters, but instead gave the Cartoon Network logo (and the squares that make and form the logo) some personality and a life of its own. Ident bumpers or "stings" featured squares as the blocks in a Super Breakout game (with squares as a projectiles), as a UFO, a game of Tetris, a bomb, a disco dance floor, or even as a cat and dog, all featuring the Cartoon Network logo.

To develop the European Powerhouse rebrand, AMGFX used pre-drawn 2D footage (which some were originally used for the Primal Screen U.S. version of the Powerhouse) and combining and compositing it with 3D elements to create over 500 animated stings for all Cartoon Network feeds across Europe and Africa to use.[5] RC struggled for ages to find out who made the European version of the Powerhouse rebrand, it involved using different keyword combinations on Google in order to find the information RC was looking for, RC then decided to use the word "reface" as in "Cartoon Network" "Reface" instead of "Rebrand" and came across Mark Ardington's C.V. and his Plum Animation website. RC then contacted Mark Ardington over LinkedIn for more information and he kindly shared some high-quality Quicktime files of the stings he worked on at AMGFX including next bumpers for Cow and Chicken, A Pup Named Scooby-Doo, Cow and Chicken, The Powerpuff Girls and Huckleberry Hound plus some other bumpers for Huckleberry Hound, The Powerpuff Girls and Cow and Chicken. Mark also shared still shots of the videos and also a storyboard and also mentioned that the reface's project lead was Marcus Punter. The bumpers that Mark provided were silent, so before compiling the bumpers into a single video and uploading it onto YouTube, RC added Raymond Scott's Powerhouse composition for backing music. 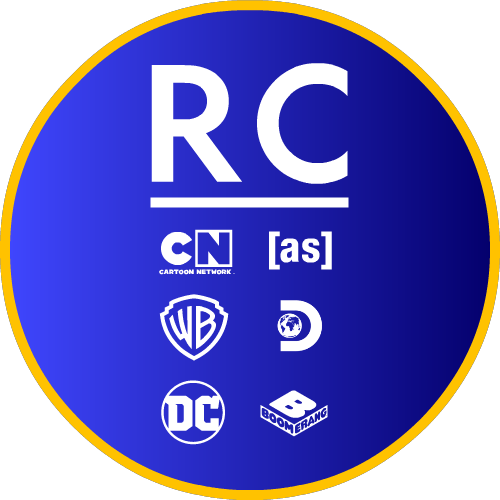